Evion 400mg(Vitamin E) is a fat-soluble vitamin in various forms, but α-tocopherol is the only vitamin E used by the human body. Its main function is to act as an antioxidant, eliminating free electrons called “free radicals” that may damage cells. [1] It can also improve immune function and prevent blood clots in the arteries of the heart.

Antioxidant vitamins (including vitamin E) attracted public attention in the 1980s when scientists began to realize that free radical damage is related to the early stages of atherosclerotic arterial blockage, and can also lead to cancer, loss of vision, and many other chronic diseases. …Vitamin E has the ability to protect cells from damage caused by free radicals and completely stop the production of free radicals. However, conflicting studies have mitigated some of the negative effects of free radicals. Promise to use high doses of vitamin E to prevent chronic diseases. 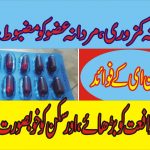 Based on such studies

the American Heart Association concluded that “the scientific data do not justify the use of antioxidant vitamin supplements (such as vitamin E) for CVD risk reduction.” [10] It is possible that in people who already have heart disease or are at high risk of heart disease, the use of drugs such as aspirin, beta-blockers, and ACE inhibitors mask a modest effect of vitamin E, and that vitamin E may have benefits among healthier people.

recent evidence introduces a theory that vitamin E supplements may have potential benefits only in certain subgroups of the general population. A trial of high-dose vitamin E in Israel, for example, showed a marked reduction in heart disease among people with type 2 diabetes who had a common genetic predisposition for greater oxidative stress.

The story of cancer vitamin E and cancer prevention is less encouraging than the story of vitamin E and heart disease. Overall, observational studies have not shown that vitamin E in food or dietary supplements can provide reliable protection against general cancer or certain types of cancer. [14-23] However, some observations and clinical studies have shown that vitamin E supplementation can reduce the risk of progressive prostate cancer in smokers.

Although the study is over, the researchers are still tracking the participants. In 2011, they reported that men who took vitamin E had a 17% increased risk of prostate cancer; men who took vitamin E and selenium did not have a significant increase in prostate cancer risk.[28] Although these results sound shocking, two other large studies on vitamin E and prostate cancer have produced very different results: for example, in a randomized study on alpha-tocopherol-beta-carotene In the study, nearly 30,000 Finnish male smokers were included in the study. An average of six years. [24] The study found that compared with men taking a placebo, men who supplemented with vitamin E daily had a 32% lower risk of developing prostate cancer and a 41% lower risk of dying from prostate cancer. The protective effect of vitamin E is greatest in men whose cancer has developed sufficiently to be detected in clinical examinations.

Because vitamin E is found in a variety of foods and supplements, a deficiency in the U.S. is rare. People who have digestive disorders or do not absorb fat properly (e.g., pancreatitis, cystic fibrosis, celiac disease) can develop a vitamin E deficiency. The following are common signs of a deficiency:

What is the cause of having gray hair?